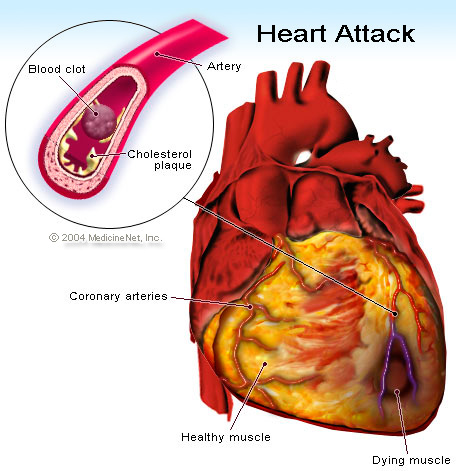 A heart attack [known to doctors as an MI for myocardial infarction (myo = muscle + cardial = heart; infarction = death due to lack of oxygen)] occurs when the blood supply to a part of the heart muscle is seriously decreased or stops. The blood flow decrease or stoppage happens when there is a blockage in one or more of the coronary arteries that take blood to the heart muscle. This tends to occur due to an accumulation of plaque, which is known as arteriosclerosis (or atherosclerosis). Finally, plaque can tear or break off and cause a blood clot and plug the artery. This causes the heart attack. The blockage of a coronary artery can also be called coronary thrombosis or coronary occlusion.

If blood stops coming for more than a few minutes, the muscle cells are permanently damaged and die. This damage to the heart muscle can make the patient die or remain seriously disabled, depending on how much the heart muscle has been damaged.  Most major medical centers have special protocols to treat heart attack victims as quickly as possible by opening up the blocked artery by doing an emergency angiogram with an angioplasty or stent to open up the blocked artery (or less commonly with clot busting medicine).  Just as important are many different medicines that should be given to a heart attack victim while they are recovering in the hospital and then usually indefinitely thereafter.  Cardiac rehabilitation and careful follow-up with a cardiologist often allow victims who have had a heart attack to go back to living a relatively normal and fulfilling life. 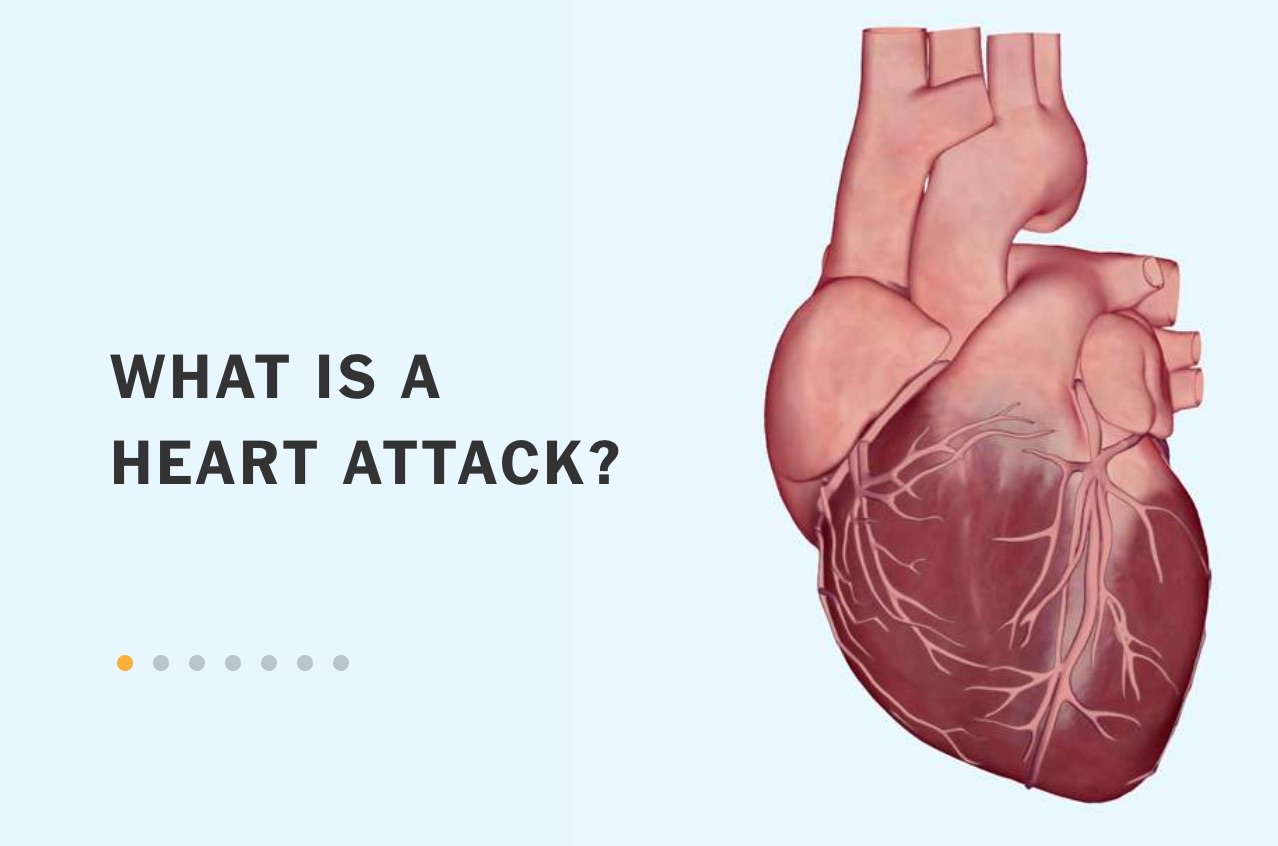 Click here for a printer friendly version of the information above.

Symptoms of a Heart Attack

Symptoms of a heart attack can vary greatly from person to person but some of the most common symptoms are listed here:

About two-thirds of the time, people who have heart attacks experienced chest pain, shortness of breath or fatigue a few days or weeks before the attack. In people with prior angina, often they find that it takes less and less physical activity to trigger the anginal pain. Any change in the pattern of angina should be taken very seriously and brought to the attention of your physician.

Helping a Victim of a Heart Attack

Half of the deaths from heart attack occur in the first 3 to 4 hours after the onset of symptoms, so it is important to know and recognize the warning signs.

Helping a Victim of Sudden Cardiac

The chances of survival for a victim of Sudden Cardiac Death drop by 7 to 10 percent with every minutes that passes without CPR and defibrillation, and very few attempts at resuscitation succeed after 10 minutes, so the key is to ACT QUICKLY!