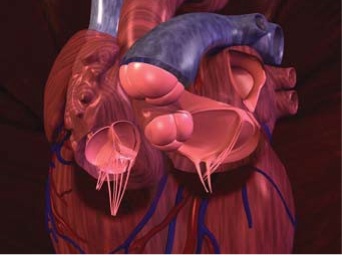 Palpitation is a symptom when one feels in their chest as if their heart is beating unusually rapidly or irregularly.  It can be a brief sensation for only a moment or can be a sustained sensation for several seconds and occasionally even minutes and rarely longer.  Palpitations can also refer to a feeling in the chest that the heart is pounding harder than usual but not necessarily faster than usual (although both sensations can sometimes occur simultaneously).  Palpitations can be due to an arrhythmia, usually due to a abnormally rapid heart rate.  When the pulse or heart rate is over 100 beats per minute, it is called tachycardia.  One can have sinus tachycardia where the heart rate increases in a normal way due to signals from the body.  When it is due to things such as exercise, fever, dehydration or excitement, it can be a normal and appropriate physiological response.  Other times, the heart is responding to signals from the body that are not normal.  This might signal a medical problem not involving the heart itself (such as with an overactive thyroid).

Similarly, palpitations can sometimes be due to a normal physiologic response such as when one is exercising rigorously and the heart is, in fact, pumping very hard and rapidly. It can occur when one is nervous, anxious, afraid or excited (almost everyone has experienced this at some time or another) and in those situations, it is not considered abnormal. Occasionally, people can have a propensity to abnormal amounts of anxiety such as with panic disorder leading to recurrent palpitations as well as chest pains and shortness of breath. One can have palpitations in these situations even with no increase in heart rate. The sensation of palpitations is real to the person but it might not indicate a problem with the heart. However, as palpitations can be due to a true cardiac arrhythmia, these symptoms often appropriately prompt a medical evaluation.

A cardiac arrhythmia is a condition caused by a problem with the heart’s electrical system. These abnormal rhythms may make the heart pump less efficiently. It can be a pure “electrical” problem of the heart where the heart structurally otherwise is healthy and normal but arrhythmias can also occur with underlying heart disease as well.

For more information on causes of arrhythmias, click here.

If a palpitation is brief like a “skipped beat” or a “flip-flop” for just a moment, it might be due to an isolated extra beat in the heart. The vast majority of the time one feels a “skipped” beat, they usually have had an early or premature extra beat that they do not feel but then as there is a very brief pause until the next beat, the sensation is as if they skipped a beat. Isolated premature beat often are benign and will require no specific treatment. If they occur from the upper chambers of the heart (atria), they are called a premature atrial contraction (PAC) and if they occur from the bottom chamber of the heart (ventricles), they are called a premature ventricular contraction (PVC). PAC’s are almost always benign. PVC’s can be a sign of more serious heart disease but most otherwise healthy people with isolated and infrequent PVC’s will turn out to have no serious problem with their heart.

A heart rate of over 100 beats per minute is called tachycardia. It can produce palpitations (a feeling in the chest that the heart is pounding or beating very fast), chest pain, dizziness, swooning and fainting if the heart beats too fast for the blood to circulate well. The heartbeats may have a regular or irregular rhythm.

When the fast heartbeat begins in the ventricles, what is called ventricular tachycardia (v tach), it may interfere with the heart’s ability to pump enough blood to the brain and other vital organs. This type of arrhythmia can quickly degenerate into ventricular fibrillation (v fib). Ventricular fibrillation is the most serious heart rhythm alteration and left untreated is fatal. In v fib, the ventricles tremble and the heart does not pump any blood. Death occurs quickly (sudden cardiac death) unless immediate medical intervention is performed. If treated in time, ventricular tachycardia and ventricular fibrillation sometimes can revert to a normal rhythm with an electrical shock using a defibrillator. An effective way to treat these potentially fatal rhythms in someone felt to be at increased risk of developing these arrhythmias, is through the use of an electronic device called an implantable cardiac defibrillator (ICD).  Fast heart rhythms can be controlled with medications or identifying and destroying the source of the rhythm alterations.

In atrial fibrillation, the atria tremble instead of beating efficiently. The atria beat at over 300 beats per minute. This reduces the heart’s efficiency because less blood flows through the atria toward the ventricles.  Some people can have no symptoms at all and others can have palpitations.  Usually, if one has palpitations due to atrial fibrillation, it does feel irregular.  Medications can often be prescribed to help control the heart rate and/or rhythm. In addition to causing symptoms such as palpitations, chest pain, shortness of breath or dizziness, clots can form in the atria due to blood stagnating and this increases the risk of stroke. This is why many of these patients need to take a blood thinner (warfarin or Coumadin).

The specific type of abnormality or irregularity of the heart rhythm causing the arrhythmia or symptoms can be diagnosed on an electrocardiogram (ECG) if the arrhythmia is occurring while the ECG is being performed.  Otherwise, an ambulatory electrocardiographic monitor, known as a Holter monitor, can be placed and worn by a patient (usually for 24 hours).  If symptoms are occurring every several days or weeks, then different types of event recorders can be used to help correlate the symptoms with the type of arrhythmia.  When one has palpitations, the above tests are often very useful to confirm if an arrhythmia is present or not.

Click here for a printer friendly version of this article.